In 2013, The Tarot Association of the British Isles (TABI) held a competition to design a Facebook banner. I won the competition with the below image and it was used by TABI for the next eight years. 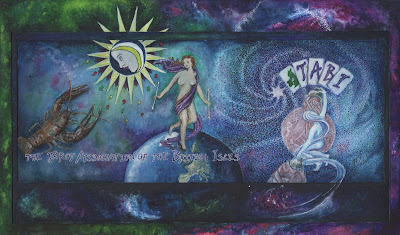 TABI Tarot Montage, Moti Black, Watercolour 2013
An alternative version of this image is available on RedBubble here with the writing photoshopped out. 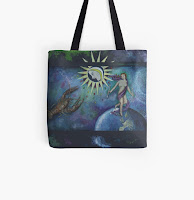 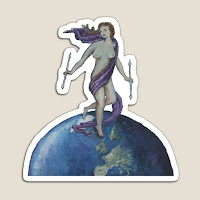 The time came to retire this image and a competition to design a new banner was announced. This time it was to celebrate TABI's twentieth anniversary, and included a logo design for the conference.
I selected Judgement, the twentieth Major Arcana, and created an entirely new image from my imagination on which to base my competition entry. 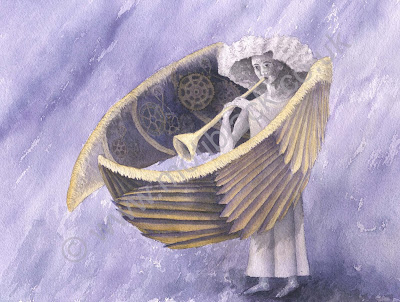 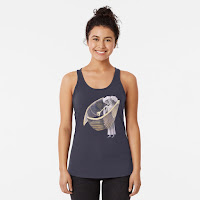 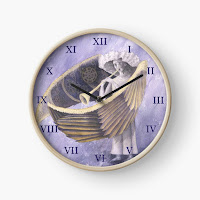 I used this image as the basis of my logo designs for the conference. 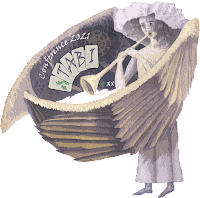 And then I added images from my last winning entry and two other paintings to create a five Tarot card pattern to mirror the TABI logo. 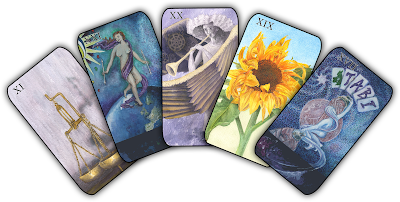 Some of these images are available on RedBubble here.

Thank You!
Posted by Caroline Blackler at 12:32