Pumpkins Twenty to Twenty Two: Growing your own pumpkins

I am going to rush through the next two pumpkins, so I can talk about the pumpkin I have been waiting to carve for most of the year... 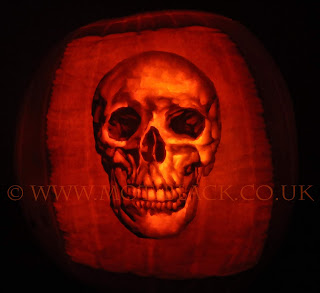 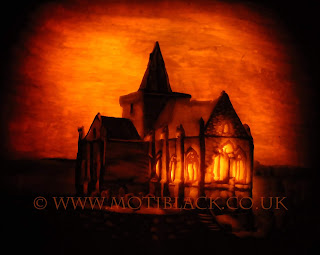 In preparation for my carving extravaganza, I bought some pumpkin seeds and pretty much converted my entire garden into a messy pumpkin patch. I have never grown pumpkins before, and I am no expert, so I won't give you any tips, I will just describe what I did.

I bought some Atlantic Giant pumpkin seeds, threw in a couple of Pot of Gold pumpkin seeds, and planted them all along my flower beds, not realising how big the plants would grow and where they would grow. I put down some fresh compost and miracle grow, and kept them well watered. When they started growing right across my lawn (oops), I removed some of the pumpkins that started growing, so those that were growing would get a bit bigger. Later, I fed them a bit of tomato fertiliser, and lifted them off the grass so the air could get underneath them, but on the whole, I just kept them watered and let them get on with it. The one I carved the Pittenweem West Shore, was the only pumpkin on it's plant. and here is my baby growing...

(Edited to add: When planting my 2020 pumpkin harvest, I have a feeling the couple of Pot of Gold Pumpkins I planted may have been the only ones to come through, as the seeds for the Atlantic Giants which I took from the pumpkins I carved, don't look like the ones I bought from my seed supplier.) 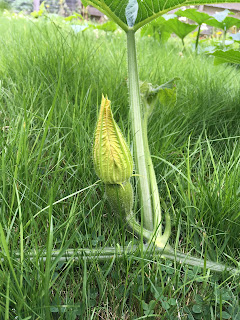 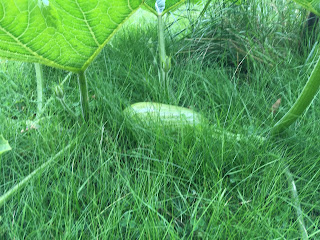 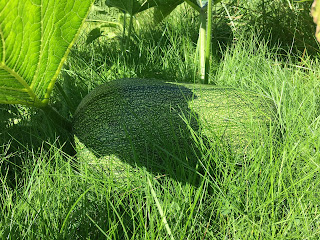 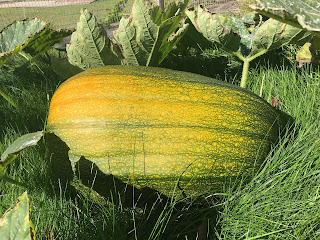 It didn't fully ripen in time, so I left it outside longer than I probably should have done, hoping it would lose a bit more of it's green. Although I caught this one in time, I did lose four home grown pumpkins, as the stalks got too wet, and even though I brought them inside before they showed any sign of it, they started to rot, and I couldn't carve quick enough to keep up with how quickly they were decomposing.

Next year, I plan to start my pumpkin plants inside, so they will be a bit further along in the season, and I will finish off their ripening inside.

I chose a view of Pittenweem West Shore for this pumpkin, as it was the right shape, and big enough to be able to include a lot of the detail, although this proved a bit trickier than I thought it would.

The carve took me two days, and by the end I could barely move my hand, but it proved my most popular carving to date (although my personal favourite is still Low Light).

My favourite bits of the carving are the lamp post on Calmans Wynd and the clock in the Tolbooth tower. Both of which I used a pin to poke all the way through the pumpkin to let the light shine through, and the lamp post was created by making little cuts and inserting slithers of pumpkin skin. 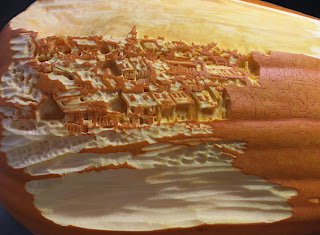 Close up of detail 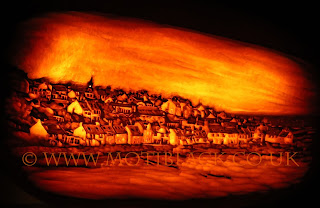 I uploaded the unedited photo to RedBubble... 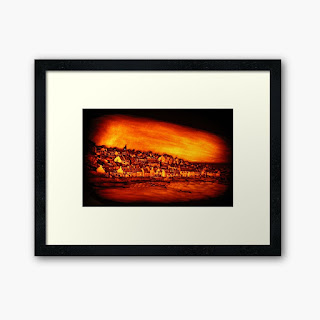 But then I discovered the photoshop tool for imposing a rainbow over an image, so I uploaded a rainbow version as well, because who doesn't need rainbow Pittenweem socks from a carved pumpkin? 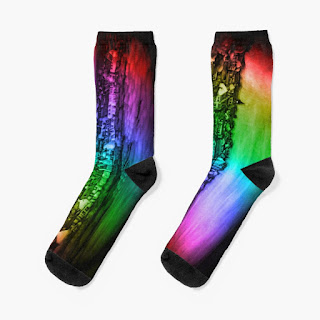 Posted by Caroline Blackler at 17:52