Pumpkins Six, Seven and Eight, and dealing with curves on a pumpkin 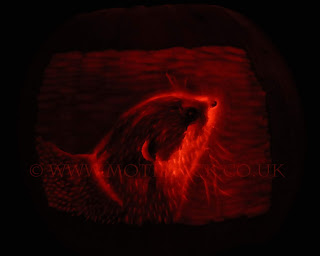 I love the effects I had started to get on this pumpkin, I carved the light and dark areas using a wide U Gouge, and then carved regular shapes into the pumpkin to get the coarse wet fur texture. 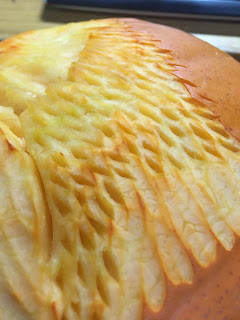 Otter Pumpkin, close up of detail


Unfortunately, I couldn't quite get the nose right, so in the end, I gave up on this design, as it was late and I wasn't very well. 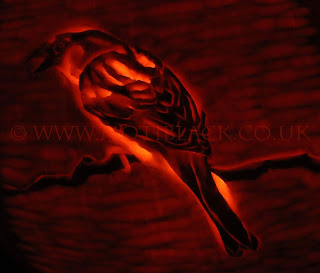 After a couple of days convalescing, I tried to get back to carving. I wasn't really in the right frame of mind, or feeling up to it, but I liked this carving, as it only took me a couple of hours to do, so I could get an early night.

A nasty bug means that I am struggling to keep up with the challenge, and pumpkins six and seven were a bit under par, so with this pumpkin, I tried a bit harder, and I was happy with the result: 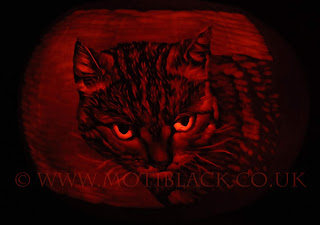 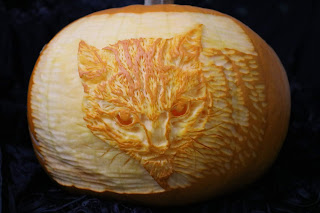 
To get this image, I had to stretch the top and bottom parts of the picture, so where the pumpkin curved away, the image remained correctly proportioned when viewed from the front.

I came up with an easy way to help pumpkin newbies work out how much stretch they may need to apply to an image, taking into account the curves of the pumpkin.

Obviously, it's easier to get a nice large pumpkin with an almost flat surface to carve your image, but sometimes, life just throws you a chubby, round pumpkin, or you go mad and decide to give yourself a challenge.

This technique won't work for wider images that will distort as they go around the side of the pumpkin. 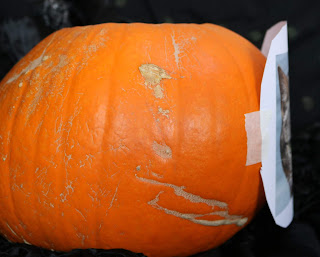 Take a long pin and carefully push it through the paper, then make sure it does not veer sideways or up and down, and push it into the pumpkin a little way to leave a small marker. 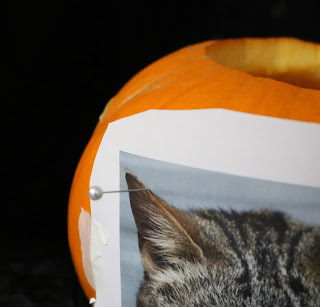 Go around the image, making little markers at regular intervals, so you have an idea of how the image will lie on the pumpkin. You can then join the dots with a craft knife, or just start carving away using the markers as reference points as you create. 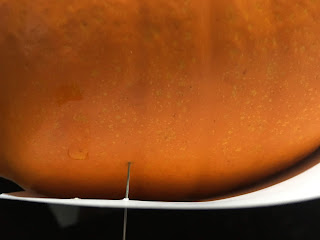 When carving the top and bottom parts of the image, you'll need to angle the cuts, so the light isn't blocked by the sides of the grooves. 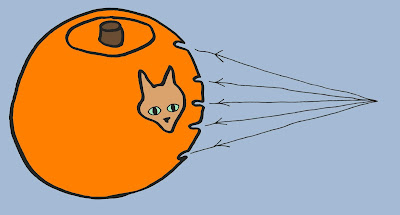 Or you can create nice effects cutting into the sides of the grooves to create effects like fur, as I did with the cat's ears in this design. Either way, remember the light won't reach the eye the same way as it will do around the middle of the pumpkin. 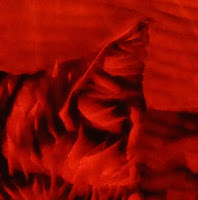 
Posted by Caroline Blackler at 13:34